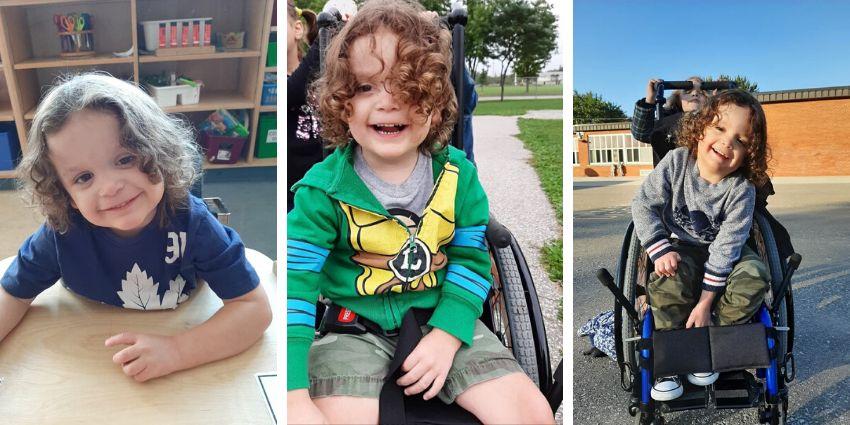 Cameron Hennessy is a brave, loving, smart and determined four-year-old. He loves music, swimming and exploring. When Cameron was just two days old, he required emergency surgery during which he suffered a stroke. At two months, Cameron became only the 34th person worldwide to be diagnosed with 15q24 microdeletion syndrome, a rare genetic disorder.

Cameron began receiving therapy services at JMCC when he was eight months old, and over the last four years, the team at JMCC has become an integral part of Cameron’s life and the lives of his family members.

“I remember how overwhelmed and alone I felt entering Cameron’s intake appointment. But the entire JMCC team was not only well-prepared and knowledgeable, they were also caring and kind,” says Robyn Cook, Cameron’s mom. “I left feeling hopeful and excited for our journey at JMCC to begin.”

Cook is impressed by Cameron’s therapists and appreciates how they have taken the time to get to know him and understand his strengths, his weaknesses, what motivates him and what keeps him interested.

“They truly love and care about him and want to see him succeed. The Centre quickly became like a second home to us and his therapists a part of our family,” says Cook. “His therapists not only work with Cameron, but they share knowledge and tools with me so that I can continue working with him at home.”

Together with his therapy team, Cameron’s family celebrates every milestone, big or small, and so far in Cameron’s JMCC journey, they have celebrated many. One such milestone is Cameron's recent transition to community school for kindergarten. During this transition, the JMCC team advocated for Cameron and his family, ensuring he had all the supports and tools he needed to succeed. He loves school and is thriving in the classroom!

Cameron also enjoys some of the fun activities that JMCC offers. He loves attending the annual superhero fun day and spending hours exploring Play McGivney, the Centre’s fully accessible playground. Together with his mom, Cameron has participated in a few of the therapeutic recreation programs, including the parent and tot playgroup and swimming!

“The Centre has not only been instrumental in Cameron’s development but in mine as well. From providing one-on-one counseling to amazing parent support groups, assisting with accessing additional services and funding and so much more,” says Cook. “I am so grateful for the support the Centre has provided me over the years.” 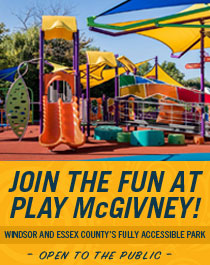 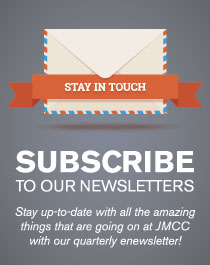